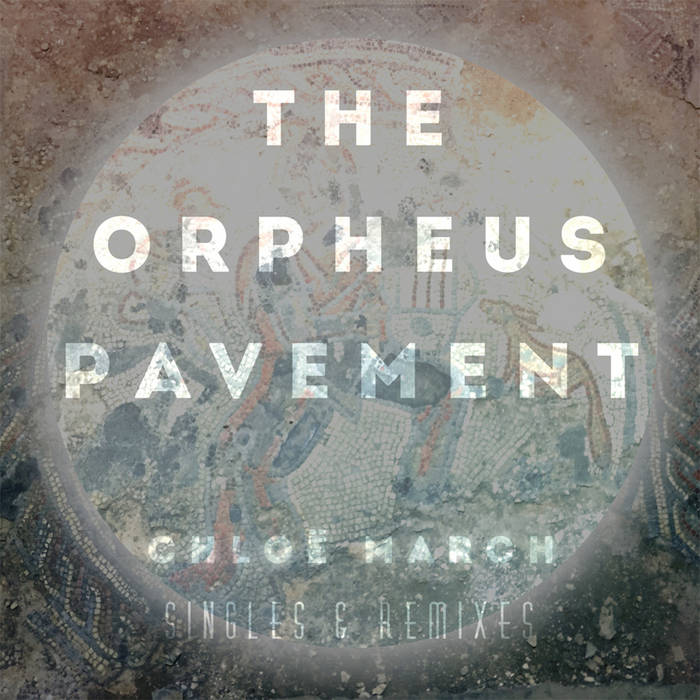 noisedriver I always seem to dream away listening Chloë's voice and compositions. A sudden feel of weightlessness... Favorite track: The Orpheus Pavement.

The Orpheus Pavement is dreamy, slow-motion pop music, pulsating with sensuality. Listening to the EP feels like surreptitiously ingesting laudanum and wandering half-dazed through a secret garden that’s slowly shifting and warping around you. As with so much of Chloë March’s work, it was inspired by the mythical – the largest Roman mosaic ever found in Britain, which depicts Orpheus charming nymphs, tigers and other creatures with his songs. In this instance, the story is just the start, as March’s compositions bloom from reverberating piano and voice into evocative soundworlds that contain multitudes. Two of the songs are further transformed by remixers Lvmark, Sam Atkin, and March herself, into shimmering refractions of their former selves.

Oft compared to singular artists such as Nina Simone, Beth Gibbons and Elizabeth Fraser, Chloë March follows her own independent path, writing, engineering and producing from her home studio in south-east England. Inhabiting musical territory somewhere between art song and folk, dream-pop and electronica, the ambient and the cinematic, March embraces all these influences to create poetic, emotionally charged and intensely atmospheric songs and soundworlds. Lvmark is an electronic music producer hailing from Northern Sweden, drawing influence from the isolation and vastness of his homeland to create echoing electronica. Sam Atkin is a Fremantle-based ambient and experimental producer operating out of his shed-bedroom, who released his debut album Gently, Quietly in 2015 through Workplace Safety CDRs, and has been keeping it slow and sad ever since.

This music is available for licensing. Email Cam at Hidden Shoal for more details: cam[@]hiddenshoal.com
www.hiddenshoal.com/licensing

Many Thanks to Lvmark, Sam Atkin, Cam, Tim, Steve Kitch and to Adam Watson of Brading Roman Villa for kind permission to use the images of Orpheus and the reproduction of original 1880 watercolour of the mosaic in the Artwork and Video for The Orpheus Pavement.