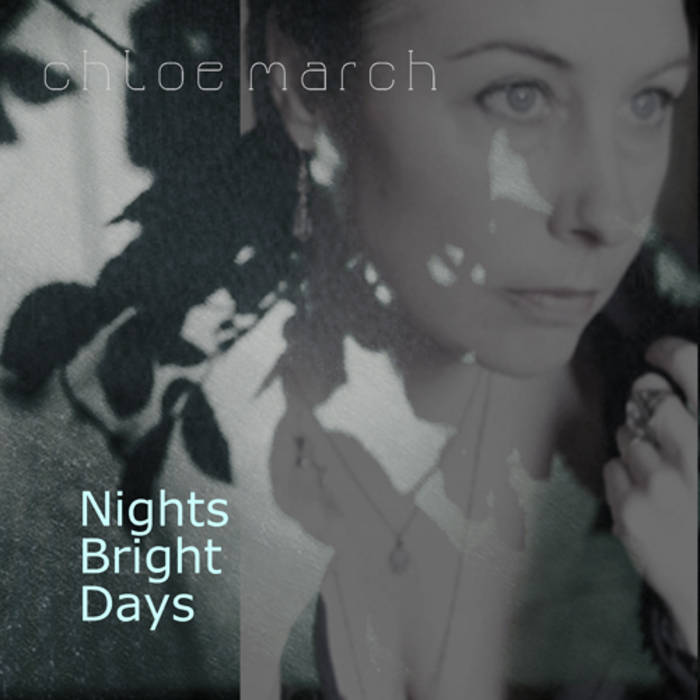 Poetic, dreamy and engaging, ‘Nights Bright Days’ was originally released by Chloë in winter 2013 and is now re-released Nov 4th 2014 by Indie Label Hidden Shoal who she recently signed with.

‘Nights Bright Days’ is Chloë's third album and the second that she has written, performed, recorded and produced herself.

Four years in the making, the album began in November 2009 in a tiny, freezing holiday cottage in the bleak and beautiful Suffolk town of Aldeburgh.  Inspired by the cold full moon hanging over the sea, Chloë decided the album would be about the Night and Metamorphosis.  Four years later the album itself had transformed into a cycle of songs as dreams imbued with imagery of darkness and light, night and day and glimpses of Orpheus.

The singles ‘Ember’ and ‘Winter Deep’ have both featured on Tom Robinson's BBC6 Introducing Show during 2014. Both were picked for the Introducing Mixtape and voted through to Fresh Faves on Tom Robinson's blog Fresh on the Net. Other tracks from ‘Nights Bright Days’ have been regularly played on the Danish National Radio DR P2 ‘Nightfly’ shows and have had airplay on The Underground of Happiness, Dandelion Radio, Future Radio, Ottic FM Germany and Channel Radio.

'Hidden Shoal (are) re-releasing that album which is a good thing as you can hear there, it’s absolutely gorgeous…’ Tom Robinson, BBC6

‘Musical witchcraft... Beauty is in the ears of the beholder and these ears behold beauty’– bluesbunny

‘Shimmery timeless quality’ – Von Pip for fresh on the net

With many heartfelt thanks to: The wonderful Cam Merton, Ted for such beautiful playing and amazing generosity; My wonderful sister + french-horn-player extraordinaire Emma for understanding + pep-talks (klinkenhuden!); Tommy for the gorgeous playing, Joe Dürbeck for the Cinematique Instruments, Ann Stott, Gordon Hartley-Bennett and all friends online for the encouragement + support. And, as ever, thanks again Chris Mark, my love

For Orpheus, wherever, however....